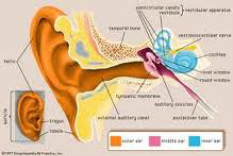 HIGH DOSAGE ,HIGH LEVEL LASER THERAPY / PHOTOMEDICINE/
CURE FOR TINNITUS & INNER EAR DISORDERS
High dosage Laser Therapy in improving and restoring normal cell function in the inner ear. laser energy in the red and near infrared light spectrum is capable of penetrating tissue. It stimulates mitochondria in the cells to produce energy through the production of ATP (adenosine triphosphate). Mitochondria are the power supplies of all cells; they metabolize (burn) fuel and produce energy for the cell in the form of ATP. In stimulating the mitochondria, laser therapy can repair damaged tissue and return cells to a healthy state, reversing many degenerative conditions.
If Laser Therapy stimulates mitochondria to produce more energy, it could be exptrapolated that it also help repair damage to the cochlea and restore some degree of hearing loss, thereby reducing tinnitus.
Tinnitus: Have You Tried High Dosage/Power Laser Therapy .Tinnitus is a condition for which laser therapy can be effective and yet many are not aware that this option exists. Laser therapy has been shown to reduce inflammation, reduce fibrous tissue formation, improve vascular activity, accelerate tissue repair and cell growth as well as improve nerve function. Tinnitus is the perception of ringing in the ears when no ringing is really present. Tinnitus is, therefore, a symptom and not medical condition but can be part of the signs and symptoms associated with various causes. This symptom can, however, be very annoying to the patient and at times very difficult to treat for the physician depending on what the underlying cause of the tinnitus is. There have been no reported negative effects from laser therapy when used by a qualified and experienced practitioner and  there are many possible benefits for a patient with a stubborn case of tinnitus.The advantage of High Power Laser Therapy over low level lasers is its ability to penetrate deeper and reach the target tissue. Many times low level laser energy is absorbed by the more superficial covering tissues and, therefore, becomes ineffective before reaching the tissue in question. High Power Laser Therapy also delivers more energy to the tissue per unit of time. 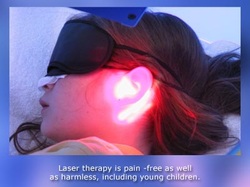 Tinnitus - Dr lutz Wilden
Symptoms of Tinnitus- Ringing In The Ears
Many people experience an occasional ringing in the ears or you may hear a sound such as roaring, buzzing, hissing, or whizzing noise. This constant internal sound that does not improve is referred to as tinnitus. What is tinnitus?Tinnitus is a conscious awareness of a sound in the ears or head that is not due to an external noise. Every individual has their own very personal tinnitus tone. It can be a high or low frequency sound and its volume can vary over time. A significant number of people who experience tinnitus symptoms do become severely distressed by the sounds.
Tinnitus is generally divided into two types:Subjective tinnitusThis is by far the most common type of tinnitus. Everyone, if sitting in a soundproof room, hears noises in their heads. Usually these noises are masked in everyday life by all the noise going on in the world around us. If you cannot hear sounds in the outside world so well, you tend to notice the natural noises inside your head much more because they are not being masked by the environmental noises.
Tinnitus is often, but not always, linked to a hearing loss. If the tiny hair cells of the cochlea are damaged, for example through certain drugs, noise exposure or as part of the aging process, the cochlea becomes less good at discriminating sounds, and your hearing is affected. Objective tinnitusThis type of tinnitus is uncommon. Ringing noises in the ears may be caused by spasms of small muscles in the middle ear (often heard as a clicking sound) or by abnormalities of the blood vessels in and around the ear.
It is the turbulent bloodflow that is heard directly by the inner ear, and it usually occurs in time with the heart beat (pulsatile tinnitus). Pulsatile tinnitus can occur when there is an increased bloodflow to the ear, such as during an infection and inflammation, but also because of anatomical abnormalities of the blood vessels.

Function and dysfunction of the inner ear
The inner ear contains two sensory organs:In the cochlea, the waves of vibration (sound) mechanically transmitted there via the eardrum and the ossicles (middle ear) are first compressed by means of a highly complex fluid system and then converted into electro-physiologic impulses that are passed on to the central nervous system.